For two years, James had been living with the one-pointed mind of a buddhist monk. His focus not on the elusive void, but on the repetitious rhythm of working life on a commercial fishing boat. His senses were finely tuned to the cold, wet slap of fish on fish, the geometry of the great expanses of netting, the salty bite of sea air in the nostrils and the ever present, ever distant line of the horizon. 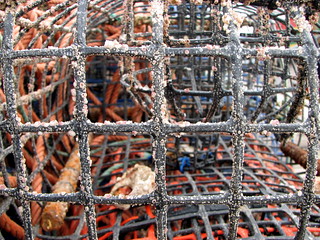 Two years of sweating over the nets as the pay checks trickled steadily into his bank account had left James feeling like little more than a machine in man’s clothing. He lived and breathed this work but inside was empty. A shell discarded by its inhabitant.
So, that September morning when the boat docked to unload its haul, James stepped onto the California harbour for the first time in weeks and kept walking. He walked until he could no longer feel the swell of the tides under his feet. He walked until he could no longer smell the sea in the air, although the scent of fish still stained his fingers.
He longed to see grass, shrubs and trees and for the horizon to be jagged and unpredictable. He headed for the mountains, walking and hitching rides until he reached the foothills.

Dusk was falling as he entered the forest. Exhaustion hit like a brick.
END_OF_DOCUMENT_TOKEN_TO_BE_REPLACED